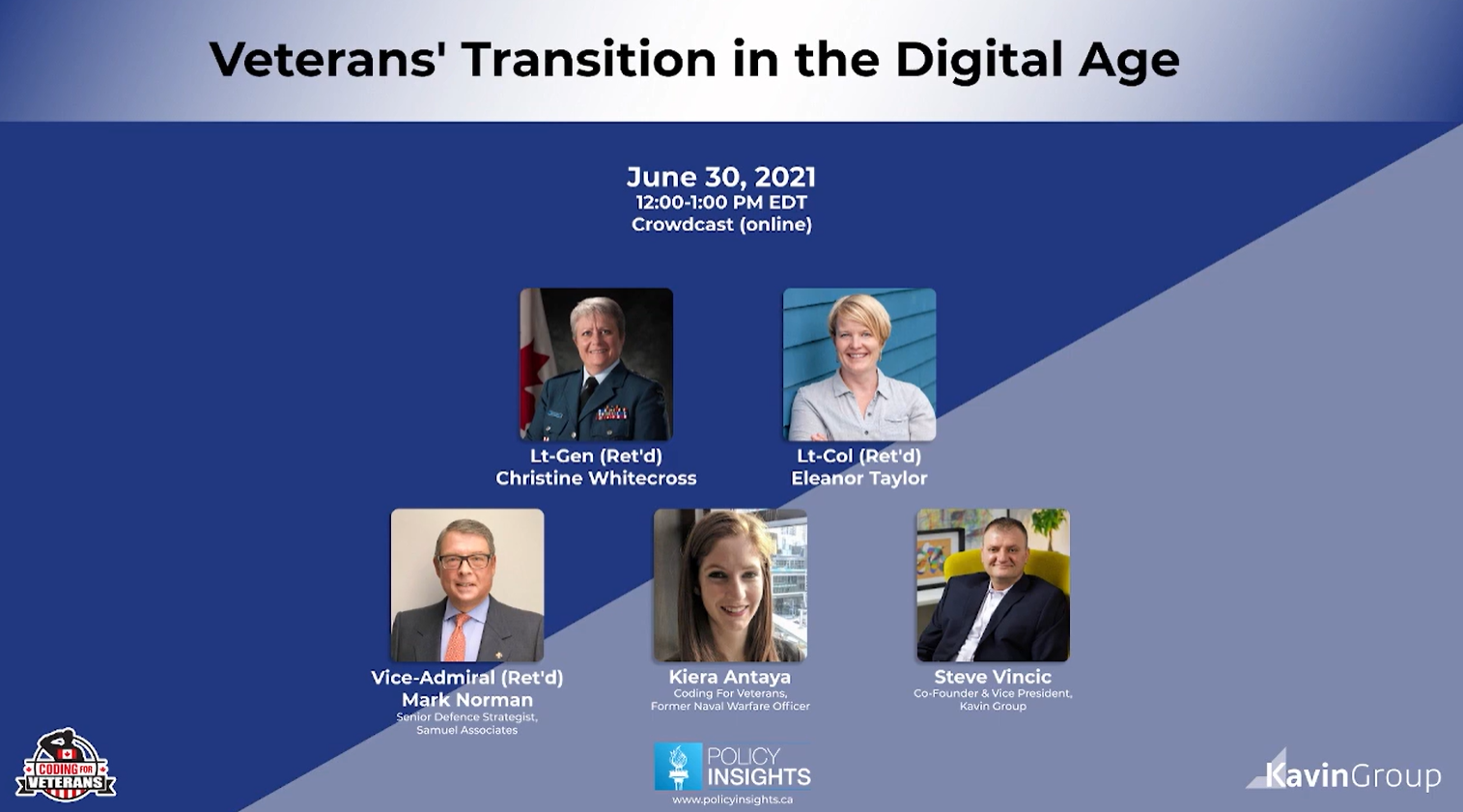 The Kavin Group was pleased to sponsor an online event hosted by the Policy Insights Forum (PIF) on "Veterans' Transition in the Digital Age" on June 30, 2021 from 12:00 PM to 1:00 PM EST.

Steve Vincic had the pleasure of being a guest speaker at this event as President and Managing Partner of the Kavin Group. He was joined by other distinguished speakers including Lieutenant-General (Ret'd) Christine Whitecross, Lieutenant-Colonel (Ret'd) Eleanor Taylor, and Former Naval Warfare Officer Kiera Antaya.

All four speakers gave insightful advice on the transition 21st-century veterans go through in this digital era. Each speaker gave a unique insight into their own personal experience dealing with career transitions from uniform to out-of-uniform and how they successfully navigated their move to civilian life.

Mr. Vincic articulated his vision for the Kavin Group as a veteran-friendly company who seeks to provide meaningful employment to those who served Canada in uniform. He expressed the Kavin Group's vision of bridging together communities such as military veterans as well as retiring or transitioning RCMP members.

Mr. Vincic plans to continue his engagement with organizations supporting transitioning veterans and will be seeking formal agreements to advance the Kavin Group's business objectives. In addition, Mr. Vincic pledged on behalf of the Kavin Group two generous financial donations to veterans-sponsored organizations including the Prince's Trust Canada and Soldier On.

You can watch the video of the event on the Policy Insights Forum's YouTube channel. The executive summary for the event can be found on the PIF Website. 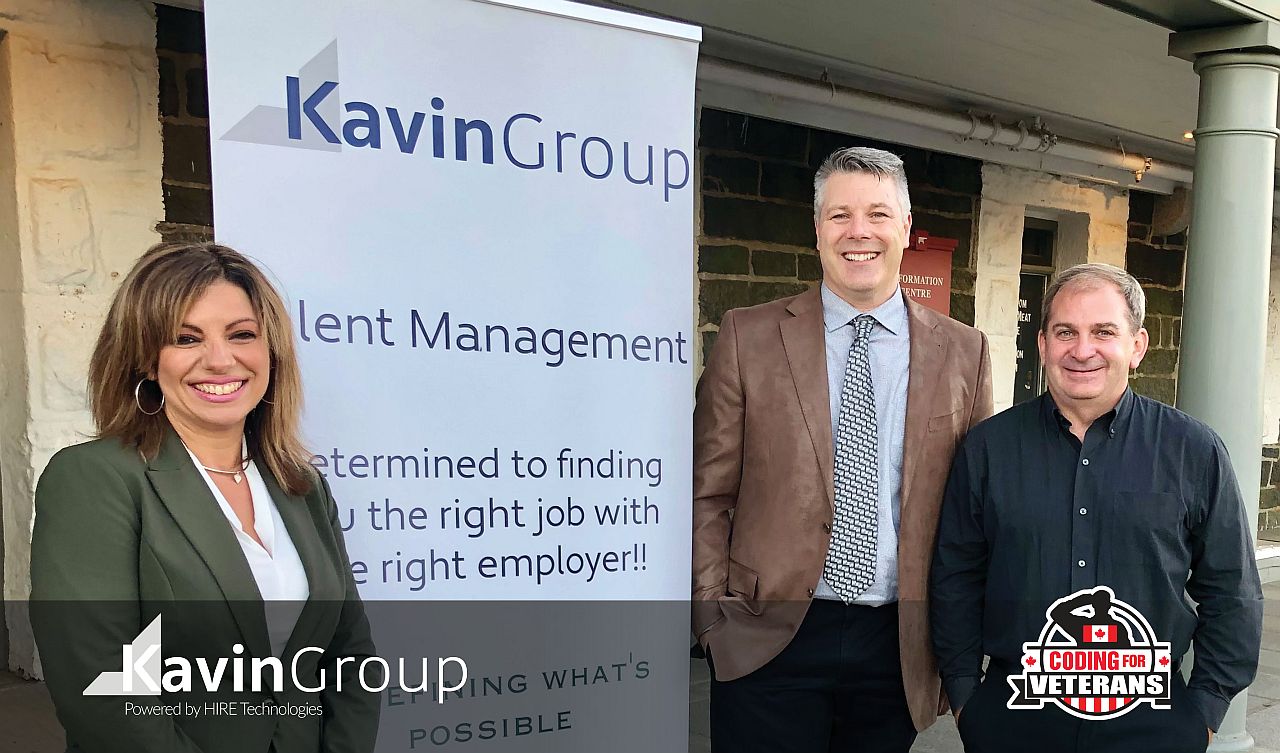 The Kavin Group has partnered with Coding for Veterans. 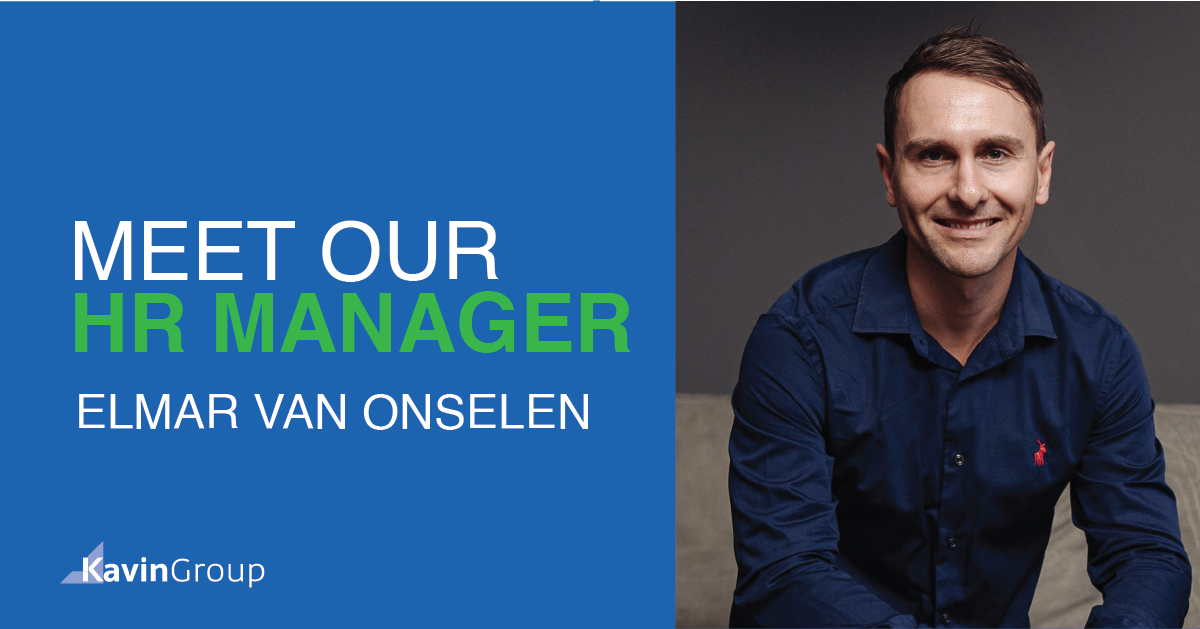 Learn more about Elmar's journey and how COVID19 impacted the priorities of HR practitioners. 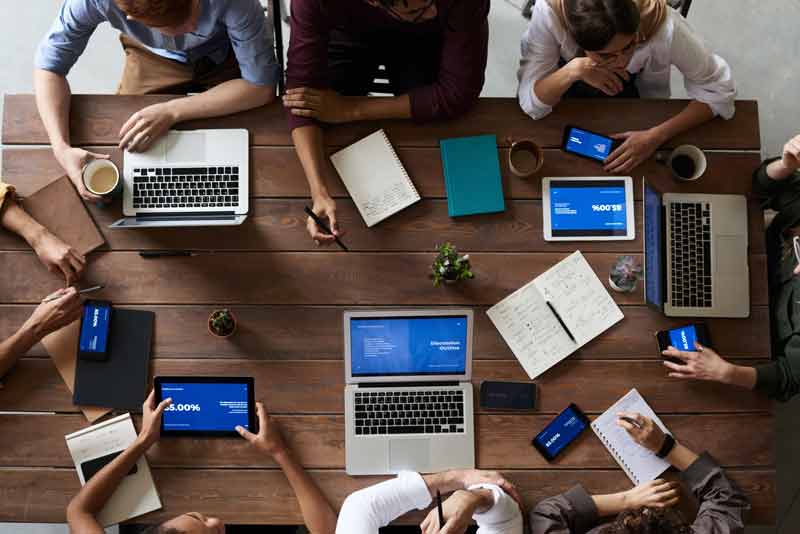 In our experience, choosing the perfect recruiting agency is a combination of several factors
See ALl News